NEW YORK, July 8 (Reuters) – The vacancy rate at U.S. strip malls reached a 17-year high in the second quarter, and empty space at regional malls struck a nine-year record as more retailers downsized or went out of business altogether, according to a leading real estate research firm.

The consumer-led U.S. recession has hurt retailers hard and pummeled their landlords, forcing many store owners at neighborhood shopping centers and malls to shutter their businesses. Those still alive have reduced their space needs or negotiated for lower rental rates.

Falling incomes of landlords have made it increasingly difficult for them to meet loan payments and may fuel an already-rising rate of defaults within the retail real estate sector.

“It doesn’t take much to knock your incomes down if you’ve levered up,” said Victor Calanog, director of research for Reis Inc, which released its quarterly report on Wednesday. “There’s just no support for income-generating properties being able to meet fixed-debt obligations.”

During the second quarter, the vacancy rate at U.S. strip malls reached 10 percent, the highest level since 1992, the report said.

Factoring in months of free rent and other concessions, effective rent declined 3.2 percent year-over-year to $17.01 per square foot. Effective rent fell 1.1 percent from the prior quarter.

The picture was no prettier for U.S. regional malls, whose vacancy rate rose to 8.4 percent, the highest vacancy level since Reis began tracking regional malls in 2000.

Asking rents for regional malls continued to deteriorate but at a faster rate, falling 1.4 percent in the second
quarter, compared with 1.2 percent in the first. Year-over-year asking rent fell 2.9 percent to $39.42 per square foot.

Rising U.S. unemployment and soaring home foreclosures point to a longer recession and greater insecurity among consumers. With a dearth of positive indicators, it does not look like a green shoot of recovery will be able to fend off deteriorating rents and occupancies in the sector.

“Right now it looks like all signs are pointing to rents and vacancies, big components of income, getting shot down,” Calanog said. “Until we see stabilization and recovery take root in both consumer spending and business spending and hiring, we do not foresee a recovery in the retail sector until late 2012 at the earliest.”

That does not bode well for mall owner General Growth Properties Inc (GGWPQ.PK), which filed for bankruptcy
protection in April, after it failed to refinance maturing loans.

This is commercial property crunchtime in action. Remember, what the article I referenced back then said:

Since late 2007, a total of 47 banks and savings institutions have failed, of which a dozen or so had unusually high commercial-mortgage exposure. Foresight Analytics in Oakland, Calif., estimates the U.S. banking sector could suffer as much as $250 billion in commercial real-estate losses in this downturn. The research firm projects that more than 700 banks could fail as a result of their exposure to commercial real estate.

Why there is more pain to come for commercial mortgage lenders: 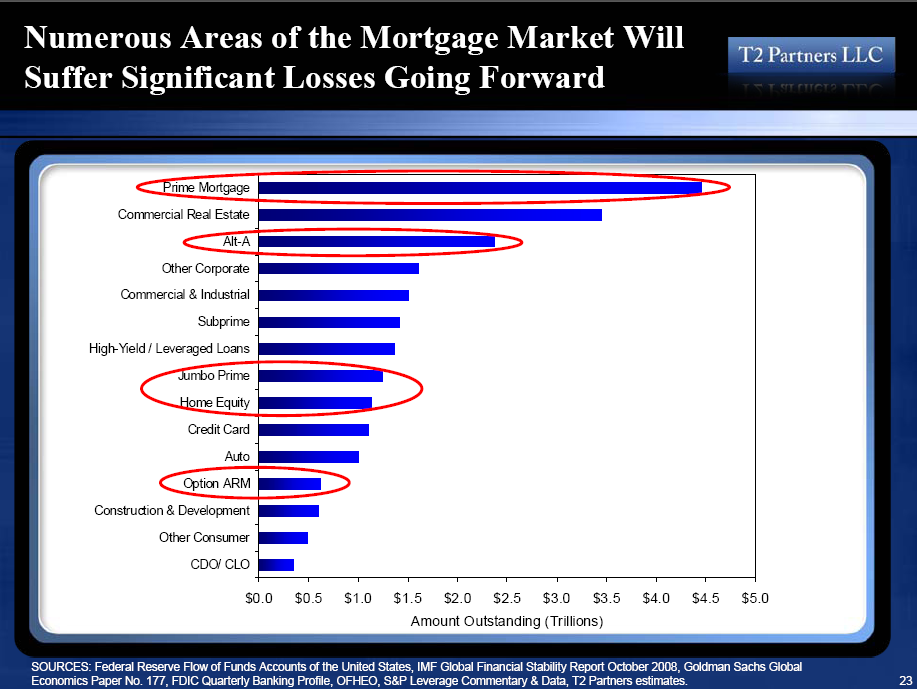 To add some personal experience: A friend of mine leases an entire floor at a prime location in the San Francisco financial district. He used to pay $40 /sqft over the past 2 years. His lease is now coming up for renewal. He negotiated it down to $27 /sqft for the new lease. And this was 2 months or so ago. I think there are even better deals to come as the market for prime locations continues to get flooded with vacant space.