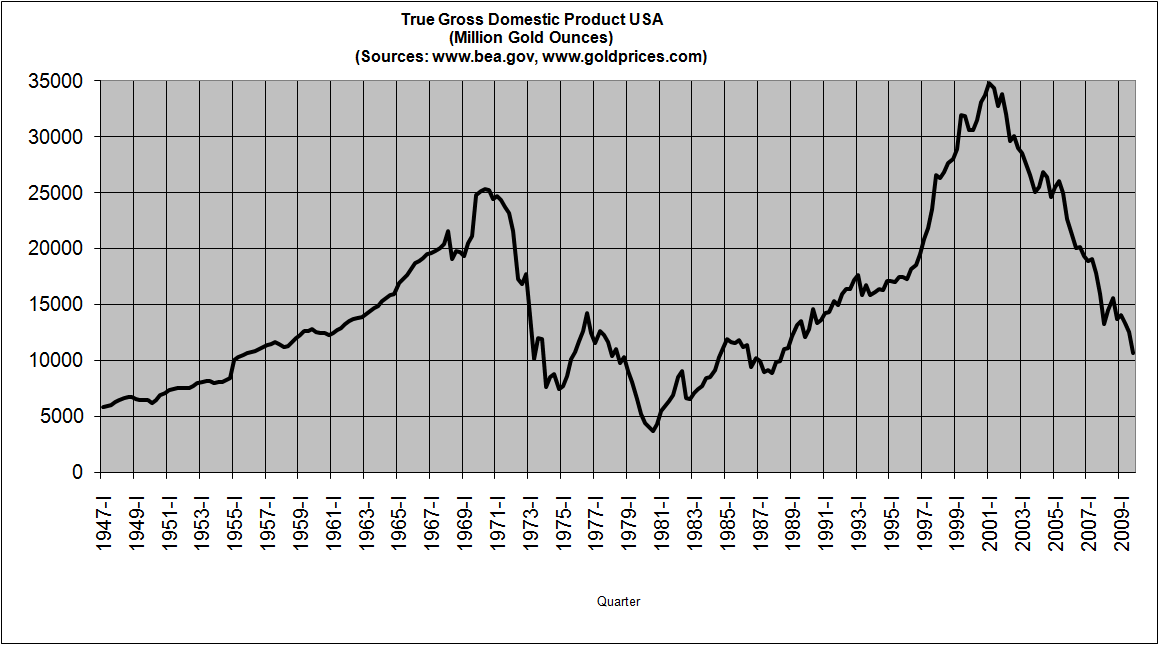 True Consumption as Percentage of GDP 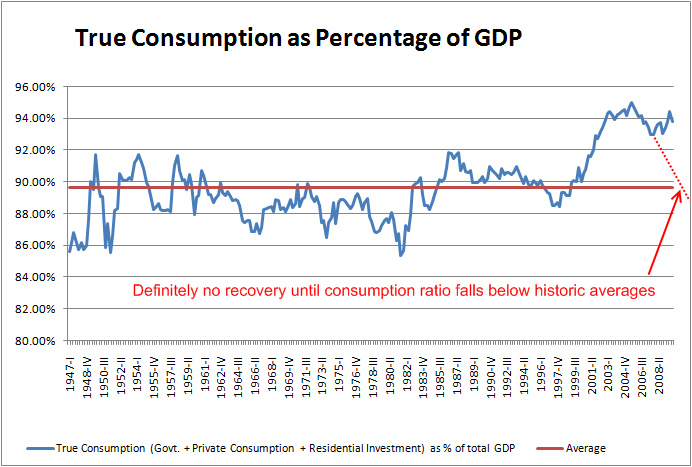 The true consumption ratio will need to come down significantly before a true alignment of resources in the production structure toward a recovery will be possible. 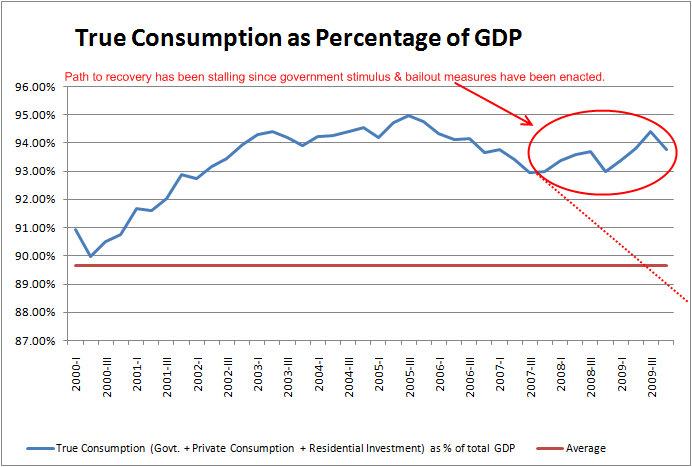 Government stimulus and bailout programs since the beginning of 2008 have fundamentally accomplished one thing: The ratio of the production of consumer goods versus factors of production has been bumped up for a little while.

Contrary what the government says, they have not lead us onto a “path to recovery”. In fact, they have done the exact opposite! They have used all means at their disposal and all the force and dedication in the world to pull people in precisely the opposite direction.

This is the outcome of all the corporate bailouts, the cash for clunkers program, the 10,000 tax credit for homebuyers and what have you. Instead of abstaining from producing overproduced consumer goods and re-aligning toward capital goods, businesses have thus continued to produce excess trash and continued to engage in overly risky activities.

The payback for supporting this nonsense will be a double dip recession, Uncle Sam sends his regards.