While President Trump’s tax and deregulation policies have already fueled a historic stock market rally as I explained and predicted in 2016, an important figure has quietly begun declining in Q4 2017 and is now near a 17 year low.

This figure is the ratio of private debt to annual income, a hugely important indicator to assess the sustainability of the booming economy, the financial stability of households and corporations, thus their willingness to spend and invest, respectively, and with that a sense of how sustainable current GDP growth levels might be.

This rally does have legs, that is until the current government’s agenda is thwarted by those who suffer from Trump Derangement Syndrome and seek to sabotage it out of rank hatred for their country and its working people. 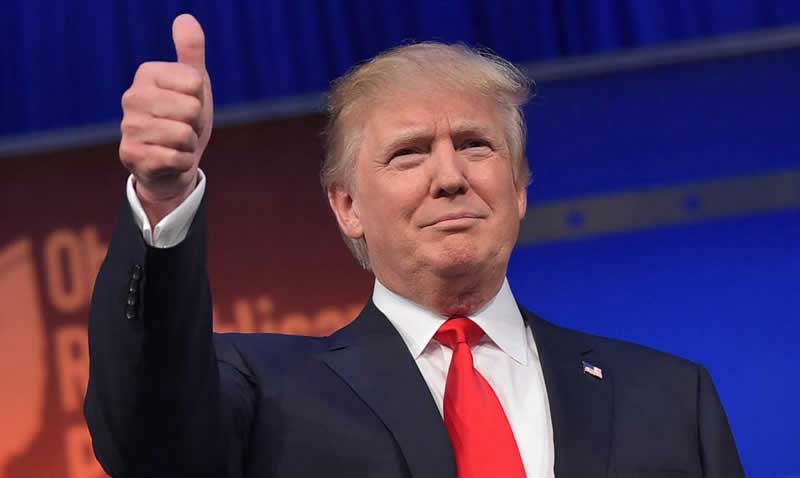 I forgot to post this when it was published. 25 days ago I had another great discussion with my fellow Being Libertarian contributors. In it I stated that the big picture battle is Trump vs the Deep State, wherein I make the case that elements of the mainstream media are part of the deep state, as has been openly admitted via the officially exposed Operation Mockingbird.

This is relevant in light of what you can see unraveling right now, in particular the smears that led to Michael Flynn’s resignation as prospective National Security Adviser.

Everything you can see happening right now and probably from here on out is basically already admitted as per this leaked David Brock “American Bridge” memo.

One of its stated goals is to achieve impeachment of Donald Trump.

Read how billionaires are secretly and sneakily going to try and derail #Trump in this leaked #DavidBrock memo: https://t.co/ATQMiPvygK

Finally, I tend to agree with Mike Cernovich who states in this clip that Flynn’s resignation is a huge victory for the mainstream media, and a huge display of weakness on Trump’s part.

The only precaution I would throw in is that ultimately we obviously don’t know what went on behind the scenes. It’s a plausible speculation that there may have been other reasons to dump Flynn, and that Trump is just baiting the mainstream media.

In any case, Trump VS the Deep State is just one symptom of the true conflict, that is the conflict between common citizen driven media and establishment billionaire narratives, and it is only just beginning.

I had another great discussion with the smartest people in the world, aka my fellow Being Libertarian writers and contributors! 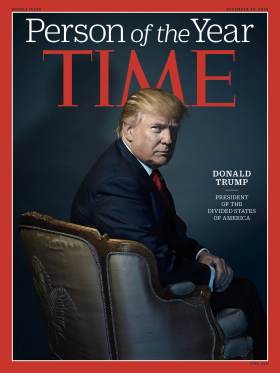 Time Magazine’s Person of the Year is Donald Trump:

This is the 90th time we have named the person who had the greatest influence, for better or worse, on the events of the year. So which is it this year: Better or worse? The challenge for Donald Trump is how profoundly the country disagrees about the answer.

It’s hard to measure the scale of his disruption. This real estate baron and casino owner turned reality-TV star and provocateur—never a day spent in public office, never a debt owed to any interest besides his own—now surveys the smoking ruin of a vast political edifice that once housed parties, pundits, donors, pollsters, all those who did not see him coming or take him seriously. Out of this reckoning, Trump is poised to preside, for better or worse.

I think he deserves the title for so many things: For doing irreparable damage to an embarrassingly corrupt media; for calling out the lies and deceit that an arrogant and detached elite desperately tried to foist upon a populace that knew better; for not backing down no matter what hurdles the establishment threw in his way; for prevailing in the face of absolutely unprecedented adversity and collusion by the most powerful special interest groups, governments, religious leaders; for exposing what a laughable and disgusting bunch had been trying to con the people of America into global submission; for achieving a feat very few so called “experts” thought possible, for doing all these things he has earned this title in spades, in my opinion.

Interesting that a day prior already Drudge had already declared him “Man of the Year”:

The Huffington post today admitted a few things that are worth highlighting:

OPINIONS OF TRUMP IMPROVE – From a GW Battleground poll released Tuesday morning: “Donald Trump’s public image has notably improved since winning the presidency in November, according to the latest George Washington University Battleground Poll. Of the voters surveyed, 45 percent had a favorable opinion of the president-elect, while 49 percent viewed him negatively. This represents a large swing from the last edition of the GW Battleground Poll in mid-October, when only 36 percent rated favorably and 61 percent were unfavorable….

NEW YORKERS ARE ALSO WARMING UP TO TRUMP – Nick Bayer: “President-elect Donald Trump has become more popular among New York voters since his stunning win on election night, according to a Siena College poll released Monday. Forty-one percent of voters in the state now hold a favorable opinion of the president-elect ― the highest ever favorable rating in any Siena poll of New York. Trump’s favorable rating is 7 points higher now than it was when the college conducted its last poll just before Election Day. Likewise, his unfavorable rating has dropped by 10 percent in the same period, from 63 to 53 percent.Trump lost the largely Democratic state to rival Hillary Clinton by a margin of 37 percent to 58 percent.”

This is absolutely devastating news for any MSM editor who thought continuing false narratives and manipulating its readership like they are gullible & stupid children would be an intelligent strategy.

My hope is that bit by bit, the few remaining who are capable among journalists & the left will heed the sentiment I echoed the day after the election, and embark upon a decades long project of rebuilding what they’ve wrecked so irresponsibly:

Posted by EconomicsJunkie on Wednesday, November 9, 2016