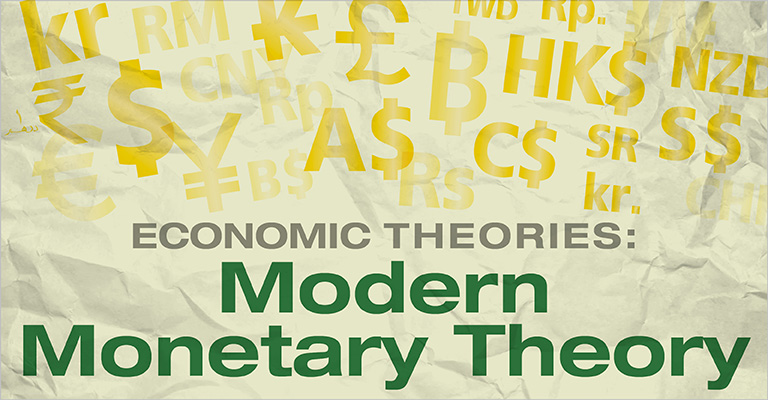 In our first episode of the new weekly Amagi podcast on the Think Liberty network, Dylan and Nima discuss common libertarian myths and misconceptions about the economic system.

First off, this post assumes that the reader knows how money originated. If this is not the case, then please read the first three paragraphs about the History of Money.

I recently had a discussion on reddit.com with a user regarding the merits of 100% reserve banking. It was in regards to an article on mises.org, called Gold versus Fractional Reserves. He understood the pernicious effects of fractional reserve banking but ironically did not understand how 100% reserve banking would solve its shortcomings. Below please find this discussion which I believe is very relevant to pinpoint some of the major misunderstandings about money, credit, and banking (his statements are in blockquotes):

It’s hard to see how that can be called “banking”.

Some try to make a distinction between demand deposits and timed deposits but that can’t possibly make a fundamental difference, and I’ll provide an airtight proof of that:

With modern technology, I can take any demand account and convert it with no loss of generality, nor any functional difference to the depositor, into a 1 hour (or 1 second) revolving timed deposit account. Tell me again how this causes a magical transformation?

A gold standard is completely orthogonal to fractional reserves.

A short answer to your question

A timed deposit account such as a CD is one where the deopsitor commits to a specific period for which he will not withdraw his money, so the bank can go ahead and loan it out for THAT specific period.

A 1 hr or 1 second demand deposit account doesn’t make much sense because the borrower would have to pay back the money within 1 hr or 1 second. But this is not what happens under our current banking system by the way. 80% of demand deposits are loaned out in long term loans. Plus it still violates the property rights of the depositor. He has to specifically agree to the terms of how much money is loaned out.

Otherwise we will get into a mess commonly referred to as a “financial crisis”, because there is never enough money in the system to pay off all loans.

I’ve had this discussion at length before. All that timed deposits change is the speed at which this all happens, and that only because people typically (currently) don’t deposit much cash that way since there is no need or reason to do so.

The reason you can have a 1 second timed deposit is the same as the reason we can have a 30 year mortgage today. Timed deposits, the vast majority of the time at least, roll over into an additional timed deposit. Very few people deposit money for 30 year terms. Certainly not enough to make possible mortgages on any useful scale (even if you limit “useful” to “economically responsible”). They do, however, often roll over their 1 year or even 3-month CDs for that long.

Tell you what, I’ll make you a loan on the following terms:

You have to pay it back in 1 second, unless there are still sufficient reserves available in rolled-over 1 second timed deposit accounts, in which case I guarantee that I will reloan the money (minus your 1-second’s worth of principle+interest payments, of course).

Naturally, if my reserves are depleted, I won’t be able to do this and you’d be stuck repaying the loan. But that only happens in a bank run. Furthermore, I (or you) can purchase insurance to cover this eventuality. That’s just a small extra increment of interest.

The reason it doesn’t help, though, is that money creation happens every time the money is loaned out. Don’t forget that the lender probably bought something with that money (i.e. demand was increased), and the seller now has that same loaned money to deposit at the same (or another bank).

It’s largely by loaning the same money out multiple times that the inflation of the money supply happens. And that happens even with what might be called 100% reserves. Indeed, the concept doesn’t even make sense in the context of a bank.

Under fractional reserve banking (20% in the US), someone deposits $100 in a checking account and the bank will loan out 80% of it. The depositor will behave and spend as if he owns $100 in cash, and the recipient of the loan will act as if he owns $80 in cash. But no equivalent production of goods has occurred. Thus inflation ensues.

Under 100% reserve banking, if someone deposits money into a checking account, the bank can NOT loan out 80% of it. It has to keep all the deposited money untouched and available to the depositor. Thus no inflation can occur from this source.

If, under 100% reserve banking someone invests in a 10 yr CD, then the bank will indeed loan it out to someone else, and that someone else will spend it accordingly. But the depositor won’t, because his money is locked into a CD.

Thus, under 100% reserve banking no inflation can occur from these two points.

But that’s not the big problem. At worst, that’s a doubling of the supply of money being actually used. The big problem is that the borrower buys something with that money (typically). The seller now has it… and is free to deposit it in a bank in a 10-year CD. And the bank is free to loan it out again. Over and over and over again. That is the majority of how the money supply is increased.

M1 doesn’t increase nearly as much as M2.

Oh, and BTW, the reserve requirement in the US isn’t 20%. It’s (complicated, but for purpose of discussion is) 10%.

Almost agree, I would only add the following remarks:

Sorry, I wasn’t clear. What I meant was that the depositor didn’t need that money that he deposited in a timed account (the example we were using was a 10-year CD). Otherwise he wouldn’t have deposited it that way.

Here’s a comical, but illustrative, example I use to show that timed accounts (and therefore what most people seem to mean when they say “100% reserve banking”) don’t save you from the money-supply multiplying effects of banking:

The fact that it’s a 1 year timed account has not prevented the money supply in this example from expanding in zero time quite literally to infinity, resulting in infinite inflation. Amusingly, my interest is also infinite over the next year, so perhaps I can afford that.

Not loaning demand deposits does slow things down a bit, I’ll admit. But that was vastly more true before computer banking, so historical examples don’t really correlate very well.

Good example you posted. It contains only one flaw: You are saying that the money supply is rising from zero to infinity. But it doesn’t, it is $1000 at the beginning and $1000 after you repeat, no matter how many times you repeat :) What you described is a perfectly legitimate chain of exchange transactions. What is being created is lots and lots of debt, claims to FUTURE money. To be sure, interest rates would rise rapidly which would precipitate an end to the borrowing sooner or later. But NO NEW MONEY IS CREATED anywhere in your chain.

If the chain of events you outlined above were to cause inflation, then the following would also create inflation:

Just a quick and simple example to demonstrate President Obama’s tragic cluelessnes when it comes to grasping our economic problems.

In his speech on the economy on April 14th he said:

IT IS NOT SUSTAINABLE TO HAVE AN ECONOMY WHERE IN ONE YEAR 40% OF OUR CORPORATE PROFITS CAME FROM A FINANCIAL SECTOR THAT WAS BASED ON INFLATED HOME PRICES, MAXED OUT CREDIT CARDS, OVERLEVEREGED BANKS, OVERVALUED ASSETS. IT’S NOT SUSTAINABLE TO HAVE AN ECONOMY WHERE THE INCOMES OF THE TOP 1% HAVE SKYROCKETED WHILE THE TYPICAL WORKING HOUSEHOLD HAS SEEN THEIR INCOMES DECLINE BY NEARLY $2,000. THAT’S JUST NOT A SUSTAINABLE MODEL FOR LONG-TERM PROSPERITY.

Yes. An overleveraged banking system and an overleveraged economy are unsustainable. Overleveraging occurs when a business enters into more obligations than it can provide equity collateral for. Like for example a bank that makes $10 available in credit transactions for every $1 it receives. One would think that he got at least this point.

Unfortunately the teleprompter later on also made him utter the following words in that very same (!!!) speech:

ALTHOUGH THERE ARE A LOT OF AMERICANS WHO UNDERSTANDABLY THINK THAT GOVERNMENT MONEY WOULD BE BETTER SPENT GOING DIRECTLY TO FAMILIES AND BUSINESSES INSTEAD OF TO BANKS, ONE OF MY MOST FREQUENT QUESTIONS IN THE LETTERS THAT I GET FROM CONSTITUENTS IS “WHERE’S MY BAILOUT?” I UNDERSTAND THE SENTIMENT. IT MAKES SENSE INTUITIVELY AND MORALLY, BUT THE TRUTH IS THAT A DOLLAR OF CAPITAL IN A BANK CAN ACTUALLY RESULT IN $8 OR $10 OF LOANS TO FAMILIES AND BUSINESSES. THAT’S A MULTIPLIER EFFECT THAT CAN ULTIMATELY LEAD TO A FASTER PACE OF ECONOMIC GROWTH. THAT’S WHY WE HAVE TO FIX THE BANKS.

This is not a joke. He seriously said these two things in one and the same speech. I could understand if he were to hold different speeches to different interest groups and lie to each of them in a different way by appealing to their particular constituents. After all he is nothing but an average politician who knows no better than to play this game.

But what he is doing here is rooted in a much more tragic circumstance: President Obama has no clue about how precisely this fractional reserve system caused excessive credit expansion and leverage and thus created the business cycle with its inevitable culmination, the credit crunch.

He is lost in a maze of inconsistencies and won’t get out of it until he realizes that he has appointed the wrong man as Secretary Treasury and that the Federal Reserve System is inherently broken precisely because of the concept of fractional reserve banking. Just as we can’t square the circle, we simply can’t borrow, spend, and leverage our way out of too much debt, too much consumption, and too much leverage.

It didn’t work in the Great Depression. It won’t work now.