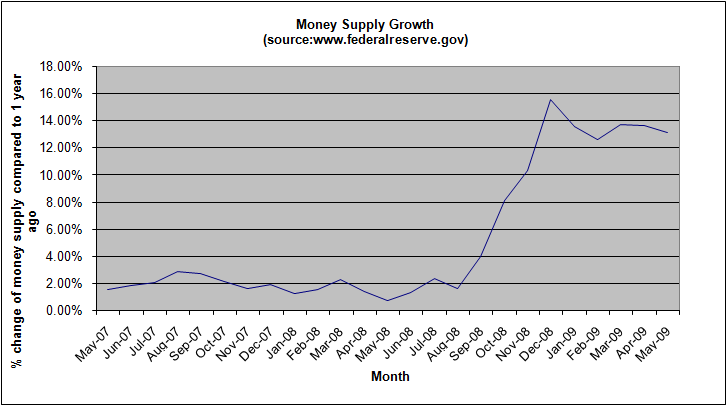 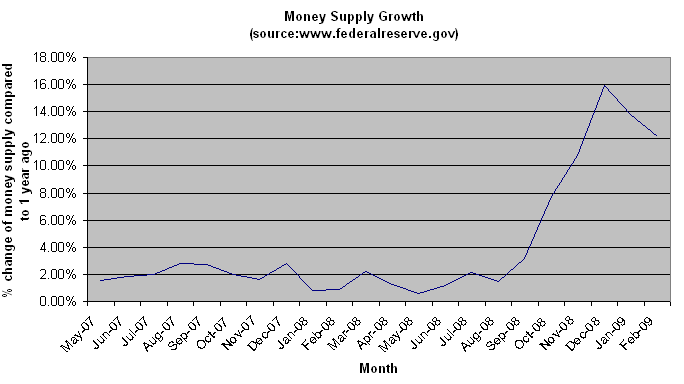 The annual true money supply growth has dropped to 12.15 % in February 2009. The total True Money Supply has now dropped two months in a row. From $2.16 trillion in December to $2.094 trillion in January, and now to $2.046 trillion in February. So far this is in line with my recent expectations. 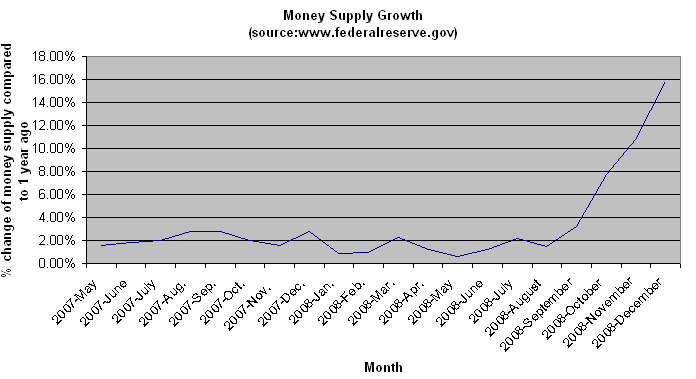 To be sure, this is an estimation. The number for retail sweeps for December is not out yet. This number is usually published with a 2 month time lag. This is all the more noteworthy since a dramatic change has occurred in the development of retail sweeps in October and November of 08. For the first time ever retail sweeps have begun to drop significantly.

This level of growth is almost at the record levels of 1997. It is of course a direct outcome of  the government’s disastrous spending spree that is setting the stage for a hyperinflation or at least another asset bubble, once the credit contraction is over.

It is amazing that while Hank Paulson, Ben Bernanke, Barack Obama and others are touting the necessity of more regulation, they themselves are blithely cheering on an out of control money supply inflation, which was of course what caused the credit crisis in the first place. If anyone needs more regulation it is these people.

We need more regulation of the government by the people, more regulation of the Federal Reserve Bank, the Department of Treasury, and Congress. What steps has Congress taken to restrain government spending? Nancy Pelosi, the most clueless out of all of them, just proudly announced another $850 billion and called it “pretty exciting”. Please consider House Minority Leader Boehner’s appropriate response.

Of course the politicians don’t have this kind of regulation in mind. They think they need yet more power in order to regulate private business. They think the government needs to grow even more than it already has. The public is in full compliance with this nonsense. What a mess. Who protects us from our government if not a vigilant public? 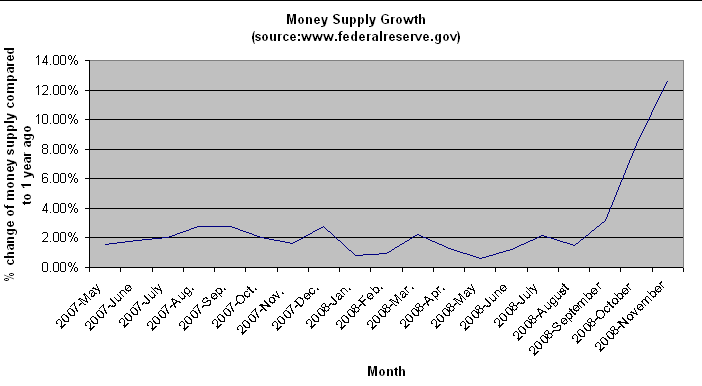 The true money supply has grown by 12% over the past year to now about $2.07 trillion. The enormous increase of the monetary base is now spilling over to private bank accounts. The effects can already be seen in a resurgence of gold and silver. Due to the unprecedented increase of the monetary base I don’t see an end to this trend anytime soon. Welcome back, inflation!